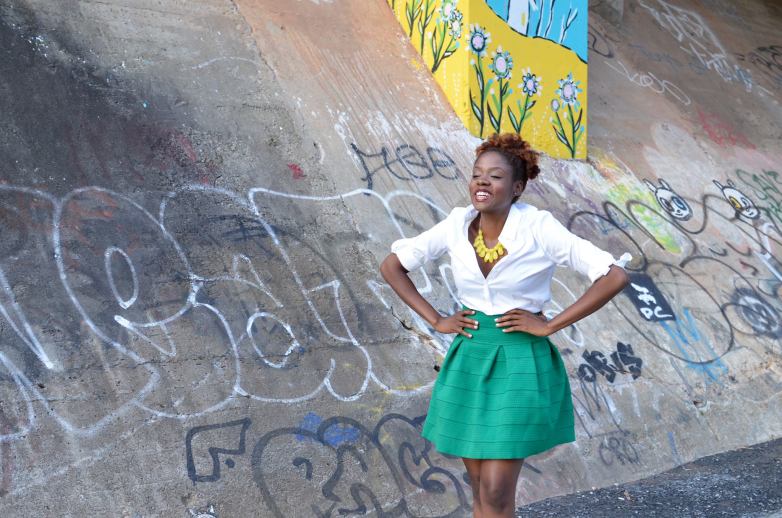 I had just returned from taking a long “walk” along the Camino de Santiago when the idea came to me. It was feeling a clarity that I had not felt before.

An acute understanding of the limitations I had put on my life. Before the Camino, I would not have described myself as an outdoorsy person. But I had just finished an 800 km hike starting at the French Pyrenees mountains and finishing on a beach on the Western coast of Spain. I guess I was a little more outdoorsy than I thought!

That revelation got me thinking about all the other limitations I had put on myself and if they were justified, because that whole “not outdoorsy” business was not. I began to nurture a thought that had been quite incessant along my hike, a thought that had been planted in my heart in 2011: could I produce a festival that creates space for young people to explore the questions of their hearts? A festival that connects young people from all walks of life, from all over the world into one tribe that supports and uplifts. A tribe that is responsible for the creation of positive vibes and positive actions to catalyze a positive change in the world. In a time in which our innate knowing is under attack by societal norms and propaganda.

With societal conditioning tells us to look everywhere else but into ourselves for the answer, I wanted to create a festival that created the space for exploration, contemplation, acceptance and fellowship.

In 2011, I was a law school student at home for winter break when the thought first came to me. At once I dismissed it (as many of us do), because who was I create such a thing? I would DEFINITELY attend this kind of festival, but create it? No, nope, nah! I reasoned that producing a festival was simply outside my “wheelhouse,” my toolbox of talents, skills and experience.

“No, someone else will surely do it,” I reasoned with myself.

You know those people who are so deathly afraid someone will steal an idea that they never tell anyone? I was not that person! I told EVERYONE about the idea, hoping that they would take it, so that I could attend! So many people thought that this festival was a good idea and that something like it should exist, but no one did anything. So when I returned from the Camino, I thought. “I was wrong about not being outdoorsy, maybe I’m wrong about this too.”

I decided to attempt to produce a festival called SeekerFest (because surely I would be able to come up with something way more cool sounding later—or not). I did not know where to start at all. So I started where I was and with what I had. I knew one thing about myself: I could write a pretty persuasive e-mail! I wrote about 20 ice-cold e-mails (I didn’t know anyone and wasn’t sure if the “right” person would read it and respond).

I wrote to people and organizations that had produced festivals and/or seemed that they might be interested in what I was attempting. To my surprise I received an 80% response rate! I received everything from well wishes, to advice, to an offer for a free venue for SeekerFest. That was it! I wasn’t afraid to try anymore! I researched and e-mailed more people. If I read an article in a magazine with someone that I thought could help me produce SeekerFest or would be a wonderful speaker, I reached out immediately. And I kept reaching out, through e-mail, social media and any other way I could think of. Many times I thought I was absolutely crazy. I thought that no one would take me seriously because I had never done anything like it before, but I continued because it wasn’t about me being successful, it was about filling a need—it was about being of service.

Interestingly enough, I attracted people who resonated with my “why”, and because they believed in my “why,” they believed in me. After months of stops and starts, months of going at it alone then attracting a team, months of passion and insecurity—SeekerFest was born on October 24th, 2015 and it was magnificent! Almost a year of surrendering to the compulsion placed on my heart, a year of persistence birthed this beautiful dream of mine.

The labor and birthing process is not just reserved for expectant mothers, but to all of humanity if we are conscious and intentional participants in the design of our lives.

You are laboring, hoping for a healthy birth of a dream. It seems as if you have been wanting and loving this dream forever. It has visited you at night, kept you up with indigestion and worry, fluttered in your heart—the tiny signs that indicated this creation was indeed growing inside of you. And then the all too familiar feelings of impatience and exhaustion, when you’re physically, emotionally, spiritually and mentally tired of carrying the vision. The weariness all too frequently turns into anxiety and insecurity, an almost incredulous sign of your ability to succeed – “am I really about to birth this? Am I even capable?”

Persistence is labor, it’s your evolution.

Refuse “no,” doubt or fear are not the final answer, because YOU KNOW the TRUTH. The Truth that was placed on your heart, that acts as a resonance detector, sounding off the alarm in your heart and soul when you encounter the next Divinely appointed step. NEVER accept “no” or the uttering of doubters and nay-sayers, because YOU KNOW A BIGGER YES!

Know it and feel it deeply and let that knowingness lead you. Knock on every door you’re led to, use every opportunity to state your Truth and Purpose. Most importantly: OPEN YOUR MOUTH AND ASK, DECREE, and DECLARE in every moment, at every opportunity, in front of whomever is brought to you! 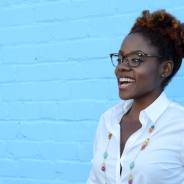 Christine Job – Catalyst. Strategist. SeekerFest. Christine is a business development strategist and consultant primarily working with micro and small businesses in the holistic wellness space. She also works with artists and other creatives. She couples lean startup principles with Universal spiritual laws and self-actualization methodology to create thriving businesses. She produces SeekerFest, a festival that aims to elevate the global consciousness and conversation. She is also a sometimes attorney and an ALL THE TIME visionary and catalyst. When she’s around BIG. THINGS. HAPPEN. Check her out at christinejob.com and www.theseekerfest.com.

Suki Eleuterio is a blogger, spiritualist, yoga enthusiast and poet living in South Florida. She is the founder of Found My Light, and the creative mind behind Sookton’s Space. She enjoys writing and discussing spirituality, holistic health, and vegetarianism. Growing up in Kenya with parents from different religious and cultural backgrounds, Suki has spent time finding her own path. You can follow her musings on Twitter and Instagram.
View all posts by Suki Eleuterio →

Bhakti Yoga: The Divine Music Within

Self Belief and the Power of Spirit