As a single mom, I understand that my career at home, as a mother, is everything. Every dollar I make goes into making this house a home for my child, even if “home” is a tiny city apartment or sharing a house with roommates—not your “conventional house,” but a home nonetheless.

I don’t have two-three kids and a husband to have dinner ready by 5 for, but I do have a very hungry twelve year old to feed. Yes, parenting is hard work. Single parenting is very hard work and if you’re like me, you want to make sure your kid is eating healthy, well-balanced meals every day. And if you’re REALLY like me, you’re vegan and you get tons of “your son should be eating (insert meat, dairy, or egg product here)” advice from people you didn’t ask.

I’ve been vegan since I was seventeen…

And when I had my son I remained vegan throughout the pregnancy and was determined to raise him to be a compassionate vegan, animal rights advocate just like his mama. The larger my belly grew, the more comments I received about what I should be eating and what I should plan to feed my baby. People warned me about possible birth defects and malnourishment, all the while I was listening to my supportive doctor, taking my vitamins, eating plenty of healthy foods (not including the plate of cookies and soymilk I ate every night) and exercising until just a few weeks before little Ethan entered the world. I say little, but that is a bit of a lie. That boy was 10 lbs 4 oz. Malnourished? I think not.

When Ethan started school we learned that he inherited some of the less desirable traits from his parents. We’re both ADD. Now there’s no proof that it’s genetic, but I see it as a personality trait and those can certainly be passed down. I had trouble in school when I was young and so did his father. With Ethan, we took advantage of every offer of help we received from his school counselors. He was involved in several programs to help him maintain his grades and try to teach him how to overcome his attention deficit problems. His teachers praised him for his kind and compassionate demeanor and his talents when he was able to focus, but they were always concerned that without medication he was not going to be able to keep up with the rest of the students his age.

One thing that Ethan’s father and I agreed on was that we did not want to medicate our child if it wasn’t necessary. After three years of struggling, I began to research the affects diet has on ADD. I learned that a vegan diet was recommended in many cases for people struggling with ADD, but Ethan was already vegan, so that wasn’t going to change anything. Furthermore, I learned that a protein rich diet was also helpful. I began changing Ethan’s diet so that it included higher protein choices. Instead of his favorite potato bread with his sandwich, we switched to whole wheat/whole grain breads with peanut butter, tofu, or tofurkey slices. We added protein bars for his snack as well as fruit and veggies (which usually ended up in the bottom of his backpack but hey, you can lead a horse to water…). His teachers began to see an improvement, but he wasn’t quite there yet. 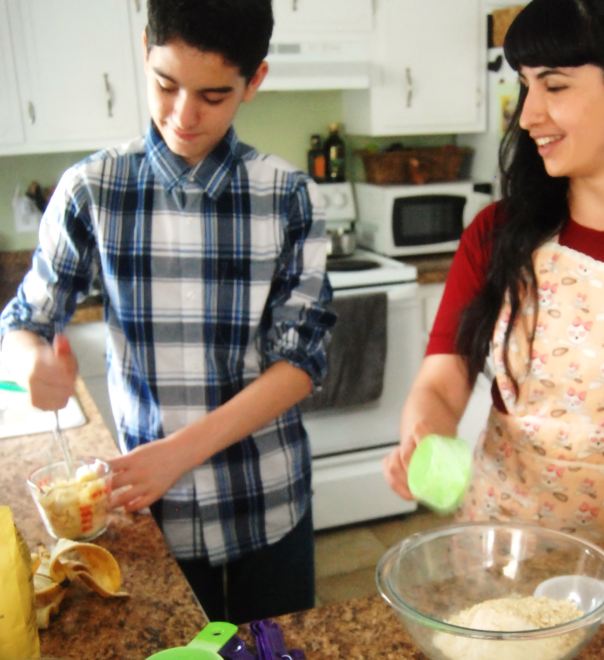 For breakfast, Ethan is an oatmeal or cereal kind of guy. I started to cook him tofu and tofurkey sausage, but he only sometimes ate the tofu and hardly ever ate the sausage. Why? I have no clue. I love that stuff! I made sure to take him grocery shopping with me so that we could pick the foods together and be sure that they were foods he was actually going to eat. Eventually his breakfast became toasted bread (Whole wheat, Ezekiel Bread, or Ezekiel English Muffins) with peanut butter, tofu scramble, oatmeal or cereal, and a glass of soymilk. Sometimes we’ll throw in a protein shake if he’s not running out of time. But even then, he was still saying he was hungry! So I figured… let’s create a snack that would be packed with healthy ingredients, a good amount of protein and healthy carbs!

With the modification to his diet and making sure he was getting the proper amount of sleep at night, and talking to him about different ways to help himself in school, by the middle of his fifth grade year, Ethan was completely removed from his special education programs and was scoring average/above average on his testing in school. We did it! And without meds! I’m not saying medication doesn’t work and I’m not saying that the menu I created for my son can work the same for your child, but I thought a little background on how and why this muffin was created would hopefully encourage other parents out there to do some detective work.

Being a vegan mom can be challenging…

but the rewards are totally worth it! So as my gift to the rest of you hard working moms out there on mama’s day, I’m going to share this recipe. Keep in mind, the base of this muffin is not very sweet, but that gives us free range to throw basically whatever we feel like putting in. That’s where the kids come in! Let them experiment with adding berries, chocolate chips, or other fruits. Most of the time the simple fact that they created it themselves will be incentive to eat them! For us it’s the chocolate chips. 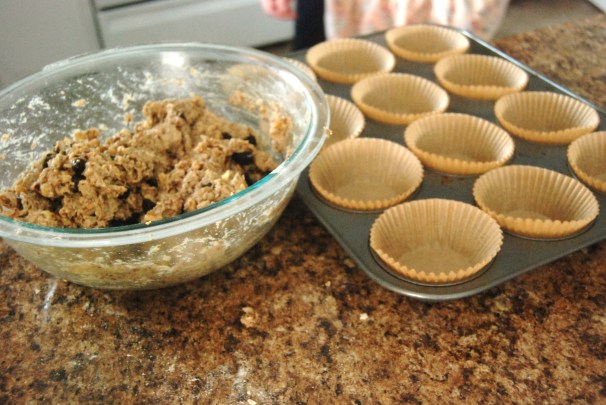 Here is the nutrition information for the basic recipe without anything other than chocolate chips added. 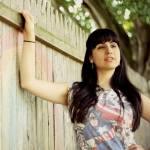 Evangelina is a vegan mom, singer, and baker who found that the best way to help her kid out with that whole awkward birthday party situation is to bake vegan cupcakes for the whole class! She loves to bring cakes and vegan goods to grown up parties and family dinners as well, so she started her own vegan bakery. You can follow her on Facebook or Instagram.

Suki Eleuterio is a blogger, spiritualist, yoga enthusiast and poet living in South Florida. She is the founder of Found My Light, and the creative mind behind Sookton’s Space. She enjoys writing and discussing spirituality, holistic health, and vegetarianism. Growing up in Kenya with parents from different religious and cultural backgrounds, Suki has spent time finding her own path. You can follow her musings on Twitter and Instagram.
View all posts by Suki Eleuterio →

Love Has No Labels: The Video That Will Make You Cry

10 Spiritual Quotes to Uplift Your Day